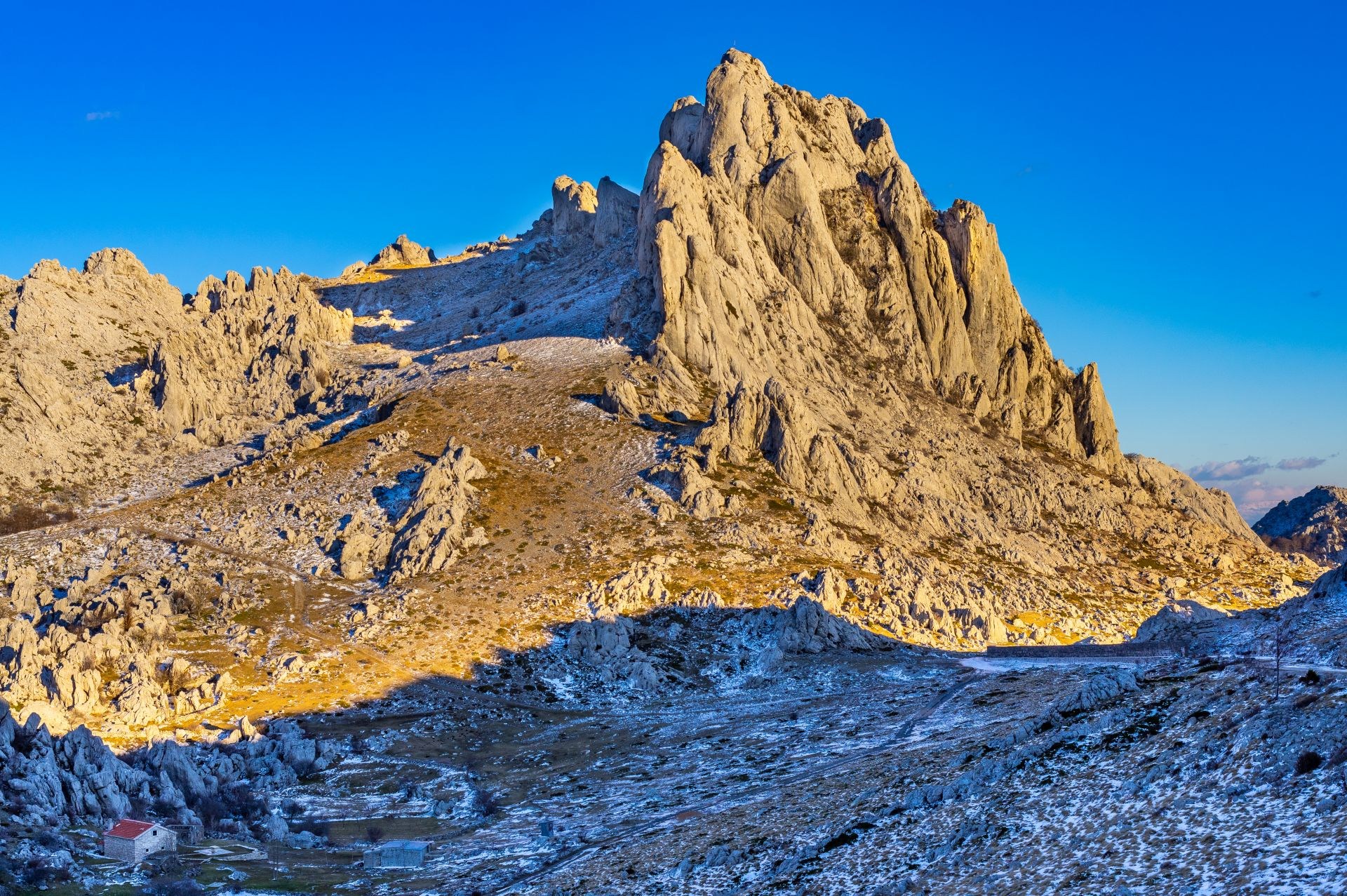 Velebit has always been a link between the coastline and Lika hinterland and has formed this unique economic, cultural and historical unit. For this purpose traffic connection was extremely important - from ancient times till today. Because of the development of economy, trade and transport, the Habsburg Monarchy in 18th and 19th century has built a couple of important roads over Velebit. Road constructors were characterized with exceptional expertise, so many of those roads, with some small reconstructions, are still in use today.

The historical Velebit road inscripted on a list of cultural goods of the Republic of Croatia (in 2007) is so called Majstorska cesta (road).

To shorten the travel time to Dalmatia, in 1825, started the construction of this trans-Velebit road en route Sveti Rok – Mali Alan – Obrovac. On this road started a self-career of famous mountain road constructor and border officer Josip Kajetan Knežić.

The construction of this 41 km long road was completed in 1832, when it was inaugurated and set in use with the name Majstorska cesta. In fact, the way Knežić managed to carry out the route on a steep Velebit slope with many serpentines between ravines and cliffs, made a big step forward in road constructions at the time. The maximum of inclination was 5,5 % which is still in accordance with contemporary regulations of road constructions. On a, back in a day new Velebit transversal road, besides trade, postal transport between Vienna and Zadar took place.
The road goes by geomorphological important location – Tulove grede – outstanding group of vertical limestone beams, cliffs and spires.