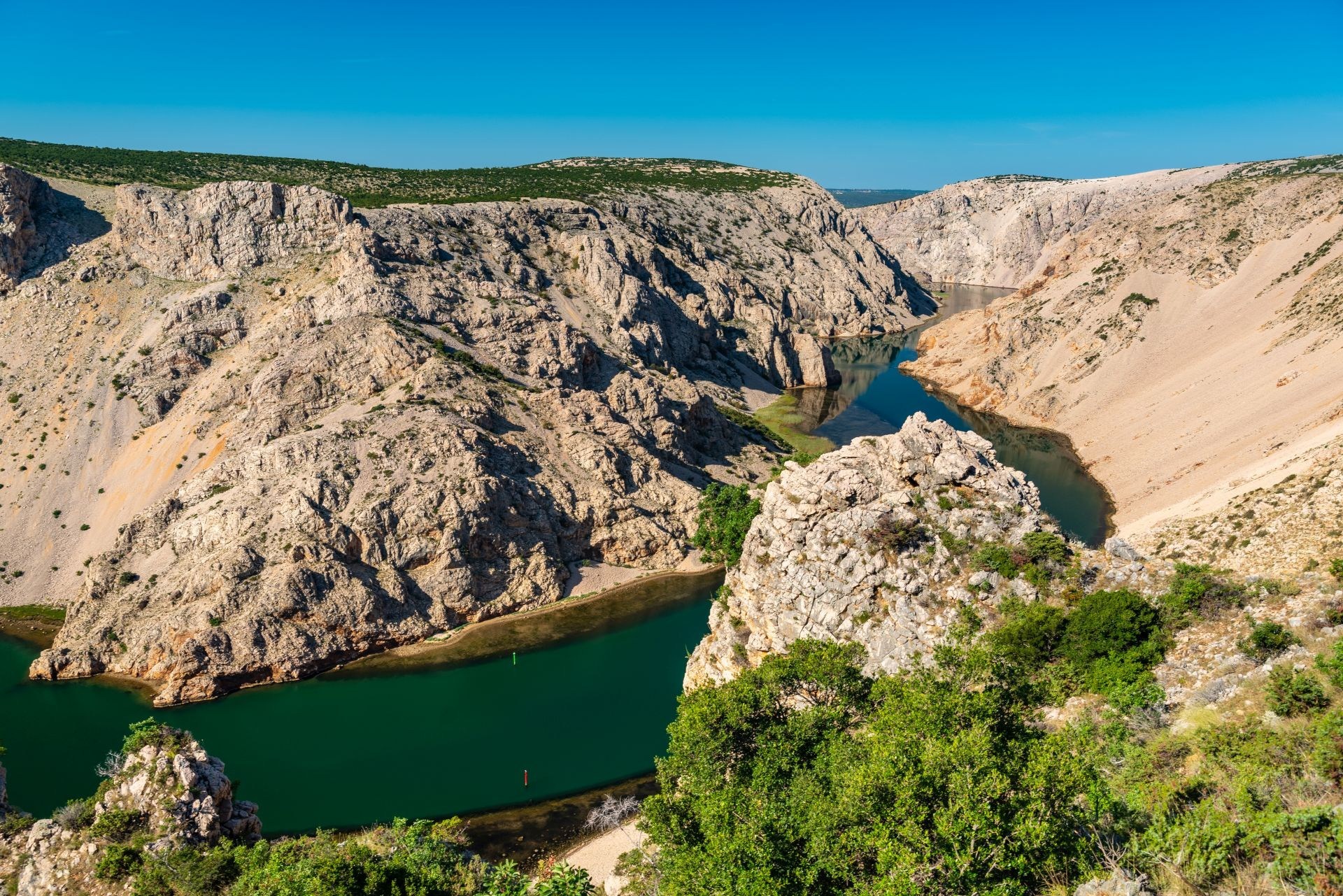 Canyon of Zrmanja River is an untouched piece of land. The best way to reach the canyon is over Jasenice (direction Obrovac), a couple of kilometres east of Maslenica. As well, among others, this was a movie location for the Native American Chief Winnetou movies.

To the location of Pueblo plato (Pariževačka glavica) one gets by taking the road in Jasenice towards Obrovac. After passing through Jasenice village the way turns right on an unpaved road which leads to a small plateau, at the very edge of the imposing canyon of Zrmanja River, or Rio Pecos- Zrmanja’s name in the movie. This location was the Indian village – homeland of Apache chief Winnetou. Winnetou (Pierre Brice) and Old Shatterhand (Lex Barker) became blood brothers. From the plateau there is an amazing view on the sharply cut canyon of the Zrmanja River which will remain indelibly in memory of each visitor. Exact movie locations on the river can be seen during organized boat excursions, starting from Maslenica. With impressive rocks emerging from the river, right after its estuary starts a canoe scene of Old Shatterhand and Intschu-tschuna. The scene ends about 2 km up the river, next to an impressive boulder on the right side. That is the location of the scenes with old Shatterhand’s attempt to reach the totem pole and spectacular bandit ride on a raft on a burning river Rio Pecos.